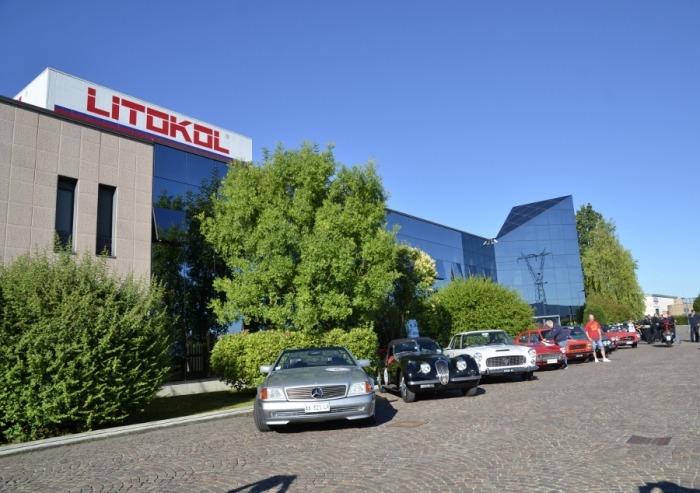 On 30 June, the headquarters of Litokol Rubiera hosted the departure of the 2014 Swiss Rally, a non-competitive rally for classic cars and motorcycles, organised by the Scuderia San Martino  from San Martino in Rio (RE). The company from Rubiera is the main sponsor for the motoring event, together with Genesis, a leader in the production of profiles for tiles.
The 2014 Swiss Rally is the third leg of the 1000 Mile Adventure, a traditional event run every two years, after the route on the Greek Peloponnese and Macedonian roads, it faces the steep mountain paths of Switzerland. Organisation of the event is, as always, taken care of by Alessandro Turini, President of the Scuderia, and Claudio Ruozzi, Litokol sales director and buyer. 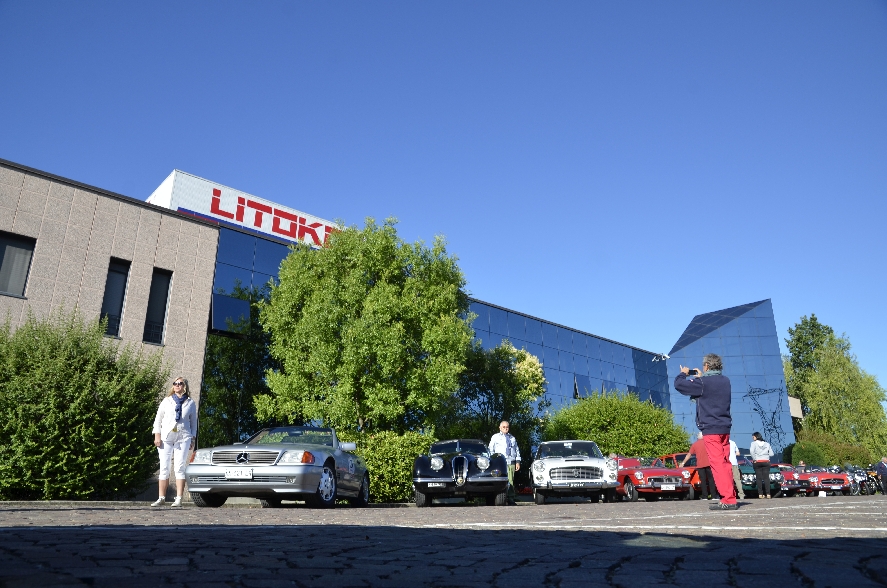 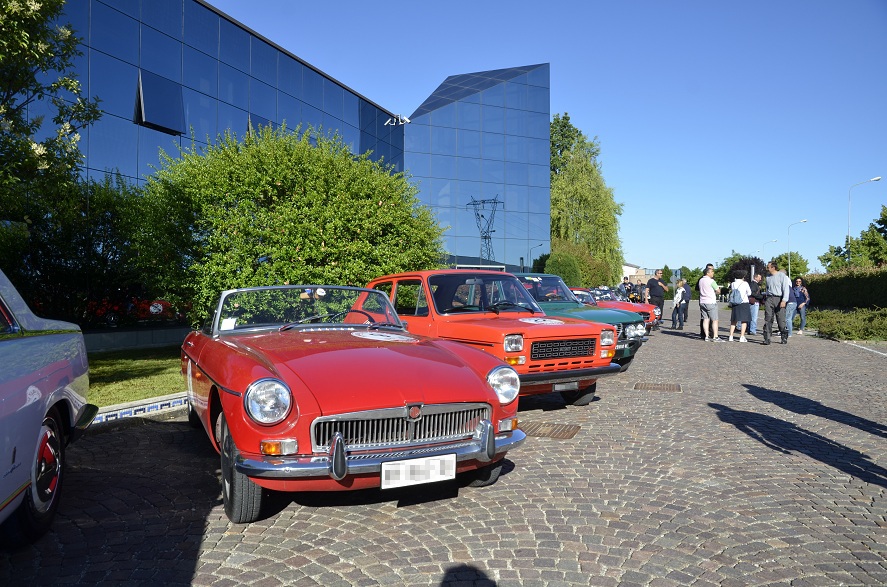 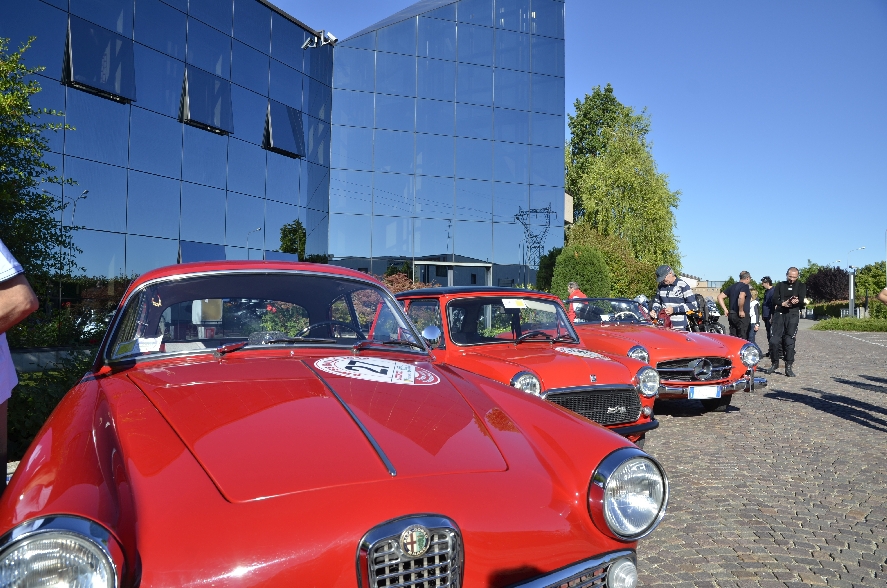 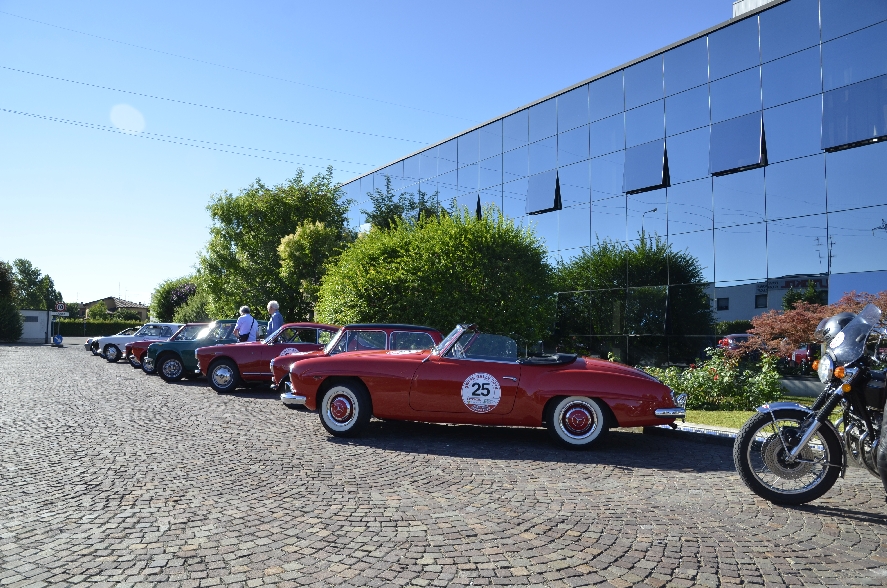 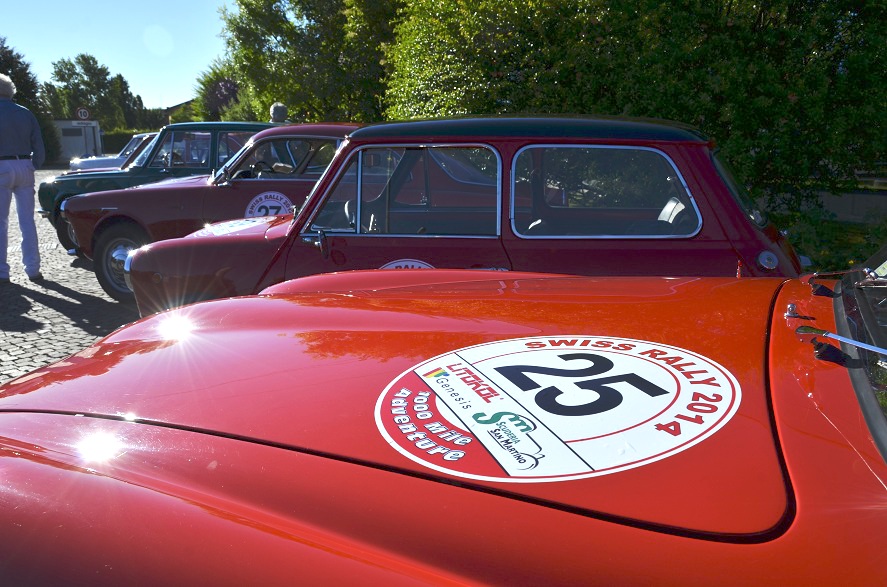 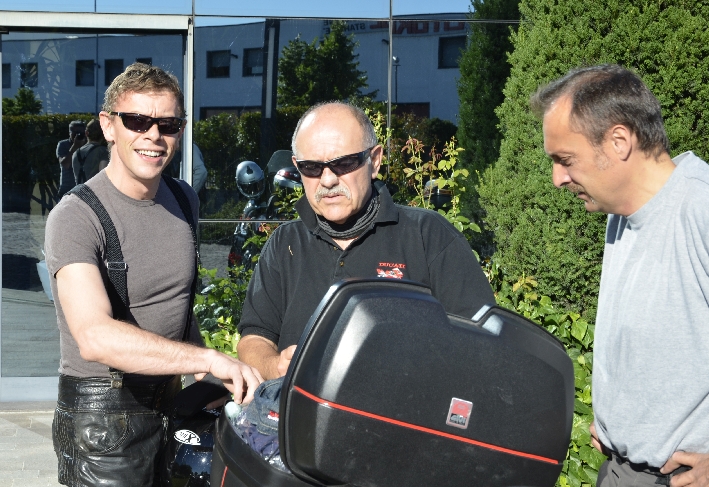 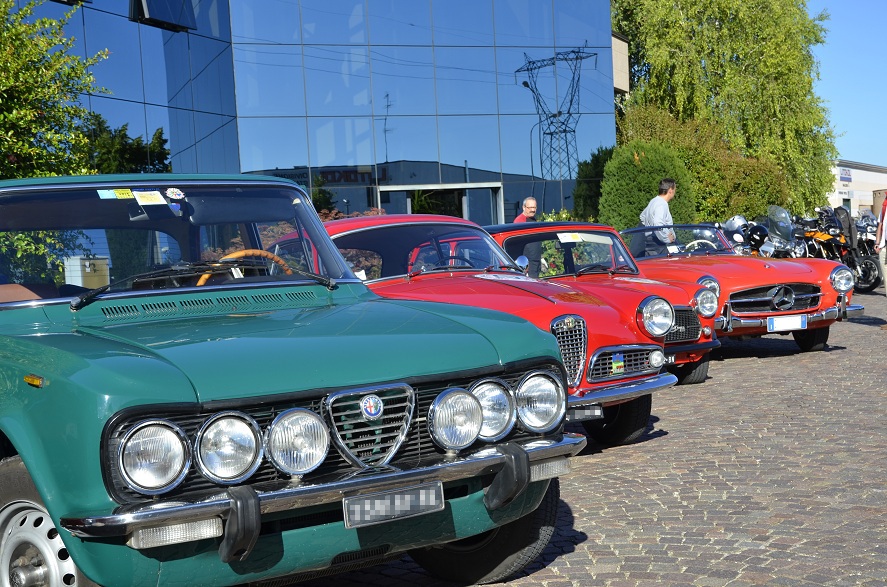 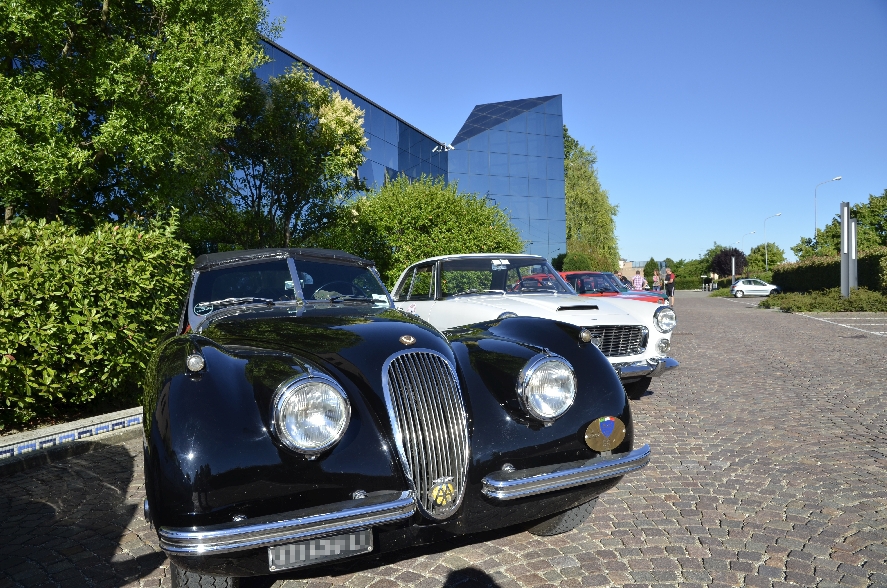 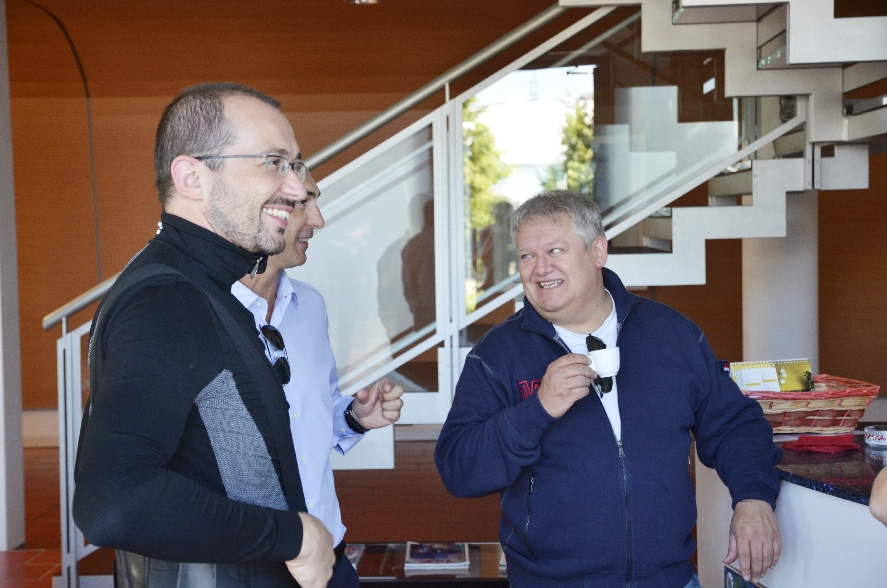 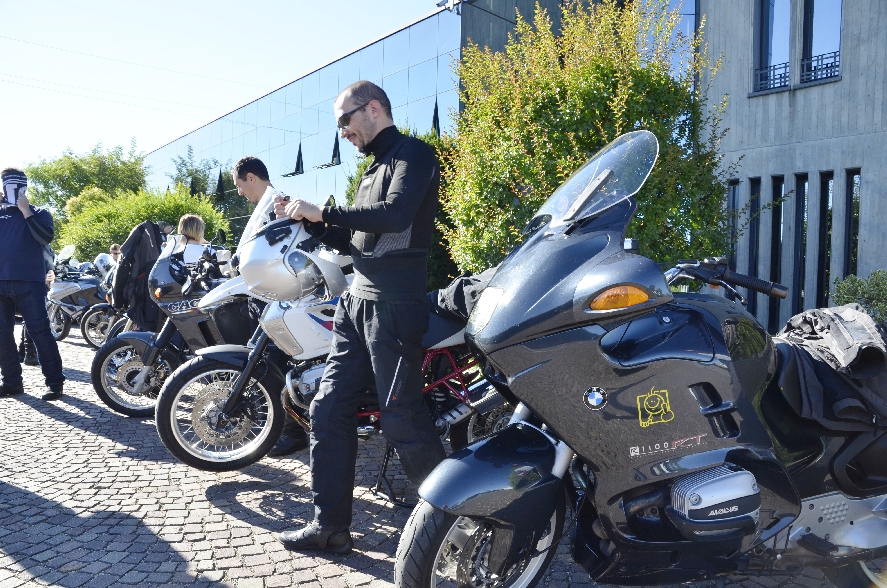 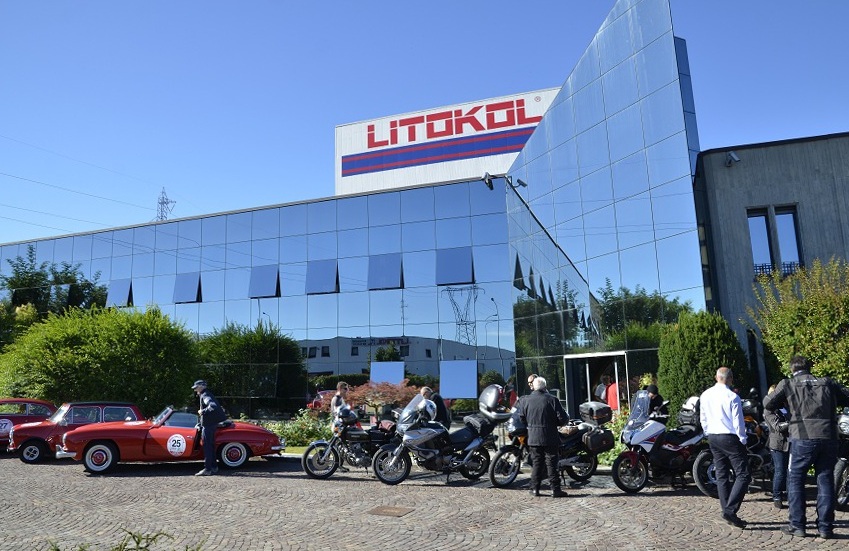 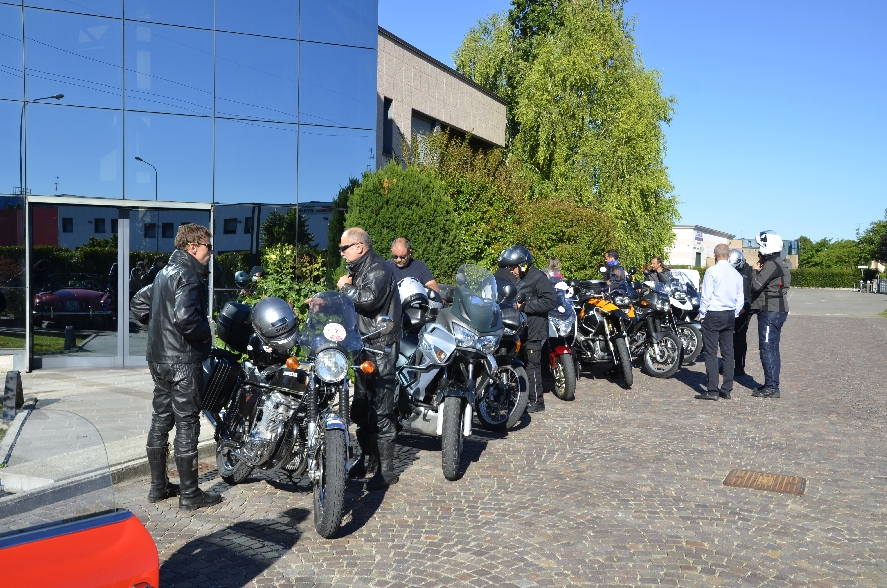