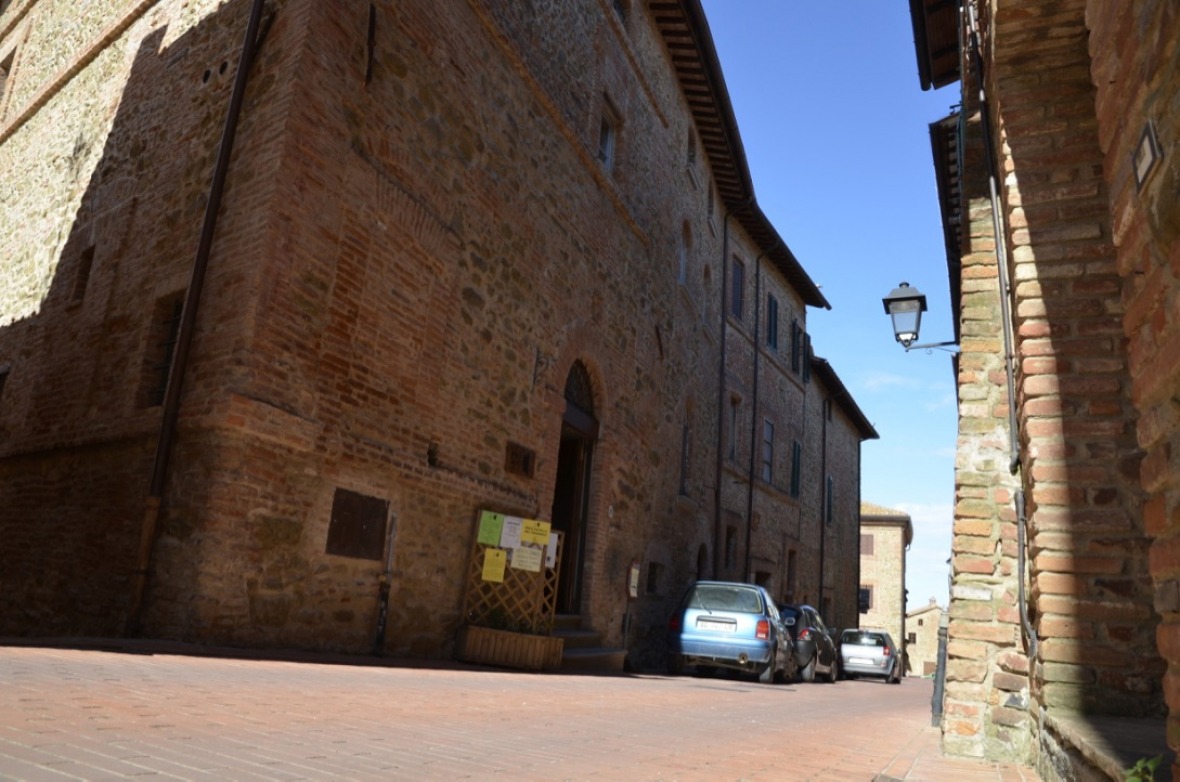 HISTORY
Paciano is a small 15th century village sitting on the border between Umbria and Tuscany, erected on a ridge whence the typical Umbrian landscape, among olive trees and soft hills, slopes down to the shores of Lake Trasimeno.
Surrounded by a wall, the town can be accessed from three ancient doors. The  Antico Sipario - Boutique Hotel overlooks the narrow street which from Porta Perugina, leads to the main village square, dominated by the ancient church bell tower.
The renovated building boasts a long history and cultural tradition: its earliest records date back to the Gregorian Land & Building Registry of the early 19th century, where the property appears in its current form. From the early 20th century and for many decades to come, the building would become the cultural centre of the small village, which would also host theatre activities.
The building, which was slowly abandoned, suffered a collapsed roof which practically destroyed it. The current owner decided to give the property new life, transforming it into a welcoming hotel that perfectly fits into the historical/architectural context of the village.
In 2006, the building was declared “of cultural interest” by the Ministry of Cultural Heritage and Activities.

DESCRIPTION OF WORKS
The author of the restoration project is Monica Gatti (architect) and the Director of Works is  Daniele Roberto Brancaleoni (surveyor).
The garden design is the work of nature specialist, Daniela Fè d’Ostiani.
The two-storey building is characterised by a suggestive vertical space, an internal cloister than draws light from the ceiling thanks to a large skylight. Overlooking this empty space are the galleries providing access to the rooms.
Theatre and Lyrical Music is the concept behind the furniture and interior decoration of the rooms, which are identified not by numbers but by musically inspired names (Verdi, Sipario, Bizet, Teatro, Puccini, etc.), also connoting the internal decor, each different with its own personality.

MATERIALS USED
Litokol’s contribution involved primarily the bathrooms, also each decorated differently, where Starlike® Decor was used for the wall coverings, maintaining colour continuity with the tile joints. The three selected tones (Sabbia, Avorio and Tortora) and a light and shade application technique with glancing strokes, offer the surfaces a warm and natural appearance, perfectly blending in with the relaxed, elegant atmosphere permeating the historical building.